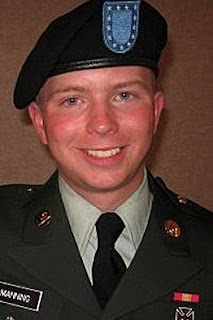 The news has been caught up this week with Wikileaks and its very troubling posting of critical documents concerning the war in Afghanistan. The man in charge of the website is Julian Assange whose decision to release the documents for the whole world to see has placed a number of allies of the United States military at great risk. It is not without reason to believe that it could lead to the death of these Afghani supporters by the Taliban once they have determined their identities.

But the greater and more troubling issue is how that Wikileaks obtained the documents. According to the Wall Street Journal Online, it appears that they were helped by Pfc. Bradley Manning who worked on the inside to gain access to these top-secret files who then managed to download them and pass them to Assange. As stated today (7/29/10), the military and government investigators have “concrete evidence” that Manning is the culprit.

In observing this story at the periphery during the last week, I have continually been drawn toward the Scripture that Jude left for us in his brief epistle:

Jude 4 KJV For there are certain men crept in unawares, who were before of old ordained to this condemnation, ungodly men, turning the grace of our God into lasciviousness, and denying the only Lord God, and our Lord Jesus Christ.

There are those who would bring about a breach from the inside. The greatest challenge the church has is not from the outside but those who work to destroy it from within. When you look at the history of the Great Wall of China you will discover that it was never breached from the outside but it was always from within. Some unscrupulous and unprincipled gatekeeper was bribed with money to let the enemy gain the entrance.

Most people who attend church rarely like to entertain the idea that there are negative spiritual influences that is at work on the inside of the church. Far too many have a sentimental view of the church that makes it just a warm fuzzy playground to get our fears and anxieties massaged and put to rest. It is a place more of fellowship than of stimulating personal spiritual growth that directs us to a deeper prayer life and greater understanding of the Word of God. It is not about transformation as much as it is about affirmation. 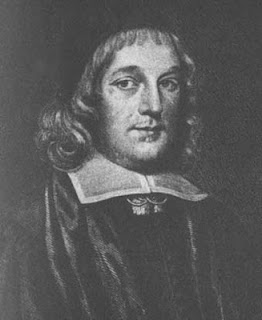 Over the years, I have greatly enjoyed to read through the commentaries and writings of the Puritans. As with all books, it is important to read with a filter and have the ability to critically think and analyze what you are reading. I subscribe to this idea with all that I expose my mind and spirit to. It is important that we not just let our minds be open to anything and everything that comes down the pike; ultimately it has to stand the principles and tests of Scripture no matter who the author or speaker is. With that thought in mind, I am going to list a few lines from Thomas Manton’s commentary on Jude. Particularly notice the fantastic word pictures that Manton is given to.

When the Christian church began first to look forth in the world, there were adverse powers without ready to crush it, and Libertines, who like worms bred within in the body, sought to devour the entrails and eat out the very bowels of it.

The monsters of Africa came from the unnatural commixtures of the beasts running wild in the deserts; so when men had once broken through the hedge, mingling in their own fancies with the Word of God, by an unnatural production they brought forth such monstrous and absurd opinions.

Our greatest defense against the enemies from within is a strong hunger for the Word and the constant exposure to it. Both hunger and exposure to the Word helps us to be able to identify and ward off the attacks of those who have “crept in.” One of the jobs of the shepherd is to provide a solid and secure sheepfold. This only takes place through prayer and the ministry of the Word. Nothing else has the capacity to preserve the fold like these two elements (Acts 6:4).

How does a pastor open up the fold to the wolves who can creep in? The following ways are some of the ways that it can happen:

• Soft and easy messages that never confront anything.
• Marketing the church to get a crowd.
• Not allowing the Word to be authoritative in its call for holiness, surrender, and dedication.
• Having a majority of people attending who are actively embracing worldly lifestyles, who have unholy minds, and commit ungodly actions.
• Pastors who do not commit themselves to teaching and preaching through consecutive passages of Scripture that deals with the righteousness that God longs for.
• Being critical of those who love the Truth of God’s Word enough to defend their convictions.
• When worship becomes more entertaining than it does soul-building.
• When the examples in leadership falls into mire that Nadab and Abihu along with Samuel’s sons lived in. Worldly, carnal, immoral, and distracted sums up their actions.
• Falling prey to the sin of silence that never raises a voice of concern about the direction of the ship.