Reading the Classics -- The Count of Monte Cristo 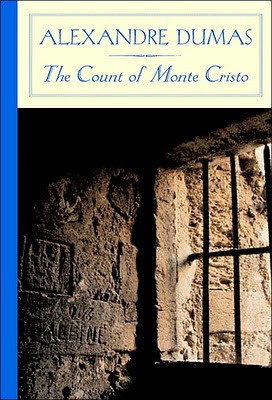 School is officially out and summer has begun. One of the highlights for the summer for my younger brother and I was the trips to the library where we got involved in the summer reading programs. This was back in the early to late seventies and most libraries had very structured reading programs. Additionally they would give away awards for those who read the most. They also encouraged readers to move out of their age groups and go above to higher reading categories.

I can well remember while I was still riding the bus having a book to read both on the way to school and on the way home. Before you throw me under the bus and put me in the geek (or nerd) category, it was fairly common for boys to read. The sorry substitutes today are video games and other things that will cause your brains to turn into mush. I can remember reading massive amounts of good clean western fiction by Louis L’Amour, Zane Grey, and Elmer Kelton. I read through William Manchester’s book about Douglas MacArthur when I was in high school. That was where I came into contact with his speech about honor, duty, and country. It was incredibly inspiring. 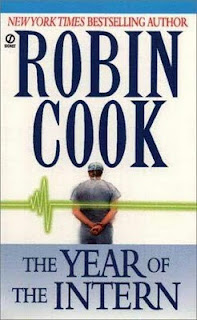 Another book that I read in high school was a book about physicians. It was called White Coat, Clenched Fist and even though some of it was over my head, I was still inspired by it (it has since been republished). That book led me to Robin Cook’s The Year of the Intern which led me to the old books written by Franklin Slaughter who was also a physician. Slaughter’s books are filled with nobility and honor of the medical profession. One book seemed as if it was always spurring me on to read something else.

So don’t waste your summer. . . READ!!!! I have an older summer reading list that might interest you that can serve as a jumping off point for this summer.

If you have never read Alexander Dumas’ book The Count of Monte Cristo you are in for a real treat. It is a big book but don’t let that discourage you. It is one of the most incredible tales about a young sailor who is betrayed and the girl he intended to marry goes to a rival. He is then thrown into a real prison with rats, disease, horrible food, and so forth. He battles with depression, fear, and rage. During his tenure in the prison, he meets a fellow prisoner who is a priest and the kindly priest helps him. The priest ends up dying and Edmond escapes the prison. I don’t want to spoil it for you but there is an incredible surprise waiting on him when he gets out. He then turns about doing his best to destroy the man who robbed 14 years of his life.

Because of the exposure to this book years ago, there were themes in this book that I did not pick up on because I had not lived long enough. Suffice it to say that I have accumulated some miles along the way and I can now see the themes of hope, justice, vengeance, retribution, love, mercy, forgiveness, and brotherhood. These weren’t evident to me until a few dings of life had struck me.

You can purchase the Barnes and Noble classics (paperback) edition for less than $10 or if you have an e-reader (Nook, Kindle, Sony E-reader) you can download it for free from Feedbooks.