- June 03, 2010
Pay close attention to the words around you. Start listening to what people are saying at the tables next to yours in the restaurants, in the line at department stores, to casual conversations at lunch, and to the words of co-workers, family members, and friends. What are they saying? Are their words clean or has the conversation of America deteriorated toward becoming crass and barbaric? 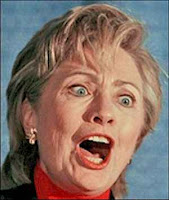 All of the details of the past election having been coming to light in the last two or three months through multiple books that are being written. The John Edwards story has been detailed by Andrew Young. John Heilemann and Mark Halperin teamed up in Game Change. Karl Rove has written about his tenure with George Bush in the White House and other thoughts on the political landscape of the nation. One of the common themes and terribly disappointing factors of all of these books has been the extreme proclivity toward profanity. The Clintons, the Obama’s, the McCain’s, the Edward’s words have all been quite shocking. Add to that VP Joe Biden's mic gaffe when he dropped a choice word a few months ago and it was broadcast on national networks. 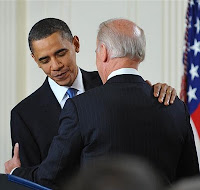 There has always, whether warranted or not, been in my mind the idea that those who served our country at the highest level should have some level of character and nobility about them. But it appears that civility and being a gentlemen has become a lost art. From Bill and Hillary Clinton’s raging about some of Obama’s techniques in the primaries to Obama’s criticism of Hillary and her team about snubbing him, to Ted Kennedy’s antics in the hallways of government, to John McCain’s totally unacceptable language used to staff and subordinates, and John and Elizabeth’s shouting matches filled with some of the rawest language ever heard, it appears from the top end to the bottom end, America’s language is sinful.

Shortly after reading some of these books, Teresa and I took a vacation with our kids to Disney World. I was again shocked at the language that I heard when I was standing in line. It seemed as if both young and old have digressed to a point that the air was fouled about them because of the language. The speech of our society has gone south very quickly. Some might tell me that my ears have been protected for a lot of years from this kind of thing but I can well remember some of the juvenile language of my fellow 7th graders at school. The speech in this day has well exceeded that. 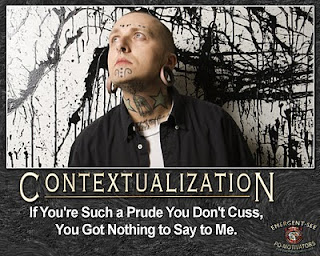 I dare say that if I were to ask any of these people if they were Christians, the majority of them would profess some vague sense of religion but it is obvious that true conversion has not taken place because their speech betrays them. Jesus was clear that when he said that out of the abundance of the heart the mouth would speak (Matthew 12:34; Mark 6:45). Whatever is in the heart (mind) will come out in the form of words. That is why that you only need to listen to people talk for about 5 minutes to know where their heart is.

Up until a few months ago, I had no idea who a prominent “comedian” was until he died. When they were eulogizing him, he was cast as a great America who caused us to think. So because of my unfamiliarity with him, I went to Youtube, watched a few clips, and was very sorry that I did. I was shocked that people would pay $35-50 to see this uncouth, angry, and blasphemous fellow go through his routine in the name of comedy and then laugh at his antics. Some of his rants were directed toward God, although the comedian did not seem to believe in God. I have a feeling that 30 seconds after his departure from this life, he was confronted by the very God he did not believe existed. I wonder how that went.

It seems like all forms of “entertainment” has to be filled with inane, smutty, gutter talk that has quite a low-brow appeal. If a person continually exposes himself to this kind thing, it won’t be long before those words are pouring out of him. He will hurt his friends, his co-workers, his family, and most crucially his children because it won’t be long before the little sinners are following the exact same path as he is.

Some random thoughts on gutter talk:

1. We all have a pretty good idea about what is acceptable and unacceptable. If we are to be pleasing to the Lord, our words ought to always be seasoned with grace.

2. We should constantly strive to uphold the concepts of Ephesians 5:4 which as the ESV states: Let there be no filthiness nor foolish talk nor crude joking, which are out of place, but instead let there be thanksgiving.

3. We should also find Ephesians 4:29 (ESV) to be a good rule of thumb also: Let no corrupting talk come out of your mouths, but only such as is good for building up, as fits the occasion, that it may give grace to those who hear.

4. We need to remember that Colossians 3:8 (ESV) is specifically related to what we say: But now you must put them all away: anger, wrath, malice, slander, and obscene talk from your mouth.

5. A minister in a pulpit ought to be the last person, in or out of the pulpit, to allow his words to go to the gutter.

49th Use no Reproachfull Language against any one neither Curse nor Revile.

61st Utter not base and frivilous things amongst grave and Learn'd Men nor very Difficult Questians or Subjects, among the Ignorant or things hard to be believed, Stuff not your Discourse with Sentences amongst your Betters nor Equals.

73d Think before you Speak pronounce not imperfectly nor bring out your Words too hastily but orderly & distinctly.

108th When you Speak of God or his Atributes, let it be Seriously & wt. Reverence. Honour & Obey your Natural Parents altho they be Poor.

You think we can get out of the gutter?