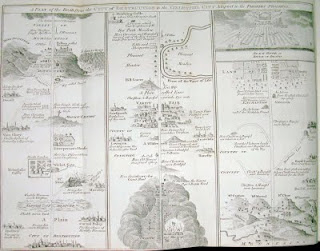 Galatians 1:6-7 KJV I marvel that ye are so soon removed from him that called you into the grace of Christ unto another gospel: [7] Which is not another; but there be some that trouble you, and would pervert the gospel of Christ.

He was alarmed that there were those who would work to create great upheaval in the soul. It was of such a nature that it could be described as a hellish agitation attempting to perplex the soul. It was with the subtle suggestions of doubt or half-truth created by asking questions that would subvert the simple. The Greek indicates that the words “trouble” and “pervert” the Gospel implies a shaking back and forth with the intent of stirring up spiritual distress.

They would work to twist or turn around the message of truth. Our generation is no different from the one Paul was confronting. He was preaching the thought that everything has to flow through the filter of Scripture and the direction of the Spirit. Discernment must be one of the prevailing traits in our relationship with God. The reality is that Paul understood the fragile nature of faith and that listening to the wrong voices can turn us away from the faith. A certain amount of vigilance is required in our spiritual life. This thought opens up a question, “What voices are you allowing to influence you?”

There is a pattern in the book of Galatians. . .

• It starts with a troubling and a perversion of the Gospel (1:6-9).
• Then it progresses to a bewitching that will lead one toward disobedience (3:1-3).
• Then it moves even further in that it changes the appetite for godly things into the things of the world (4:9).
• Its deadly conclusion leads to a disabled runner who cannot complete his race (5:7-8).

Everything about Vanity Fair was designed with the spiritual shopper in mind. You can still have a bit of religion and a lot of the trinkets of Vanity. Everything about the American culture encourages us to seek after a wide variety of things. Take note of the choices, it is from bottled water (strawberry, raspberry, or lemon), to burgers (Whoppers, Big Macs, Swiss and Mushroom, or even Chicken), to computers (Dell’s, Macs, or simple PC’s), or to cell phones (Blackberries, I-Phones, Voyagers). It becomes almost endless as the sellers attempt to coerce people to spend their money on their newest invention. 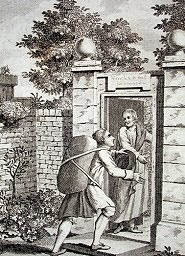 With a deadly accuracy these voices of Vanity Fair wants us to make the same application in our service to serving God. The consumer has a mentality that makes him in charge instead of God being in charge. But in the process, God ends up being bought out and He disappears from the scene.

Luke 9:22-27 KJV Saying, The Son of man must suffer many things, and be rejected of the elders and chief priests and scribes, and be slain, and be raised the third day. [23] And he said to them all, If any man will come after me, let him deny himself, and take up his cross daily, and follow me. [24] For whosoever will save his life shall lose it: but whosoever will lose his life for my sake, the same shall save it. [25] For what is a man advantaged, if he gain the whole world, and lose himself, or be cast away? [26] For whosoever shall be ashamed of me and of my words, of him shall the Son of man be ashamed, when he shall come in his own glory, and in his Father's, and of the holy angels. [27] But I tell you of a truth, there be some standing here, which shall not taste of death, till they see the kingdom of God.

The popularity of cross-bearing is as popular now as it was back then, not very! However, we have no choice in the matter as to how that we come to him. Don’t listen to the voices of Vanity Fair that says that you can have it your way! When it comes to the kingdom of God, a consumer mentality is deadly. You cannot shop for choices in your relationship with God. What was required of the primitive, first church is the same requirements that fit in today’s society.

Someone recently sent me a link from Facebook for an online sermon in one of the most popular churches in my hometown. I watched with a progressive sense of horror and astonishment as a sermon from Mark 5 was preached by the pastor and before it was over, the demoniac from Gadara had been labeled as mentally ill and not demon possessed. The place was packed and the crowd appeared to be hanging on every word and I could only wonder how many people on that day had been misled, most if not all. How many people in that room on that particular day really were being oppressed by a very real devil (of which he has almost disappeared from American pulpits and church life) and it was being billed as mental illness? Can a host of pills fix a spiritual problem? That question is rhetorical in nature and needs no answer but just in case, let me say that there are no pharmaceutical answers for spiritual dilemmas. I was incredibly sad as the sermon came to a close on that day because I realized that many in that crowd were simply there because of programs, social contacts, and nice facilities rather than a true love for Christ and His Word.

The sad fact is that spiritual consumerism wipes out biblical discernment and true discipleship but it fills up buildings and makes budgets blossom. For a moment transition to the material side of being a consumer and its effects and note what happens. Professor Barry Schwartz of Swarthmore College in Pennsylvania wrote concerning the American “happiness quotient” being in a consistent decline for more than a generation: “In the last 30 years—a time of great prosperity—the proportion of the population describing itself as ‘very happy’ has declined. It has decreased because of an abundance of choices and a consumer attitude that pervades our lives.” Having more “choices” probably is not going to make anyone more spiritual. The cost of discipleship is the only thing that brings about lasting spiritual transformation.

Resist the flow of that voice of Vanity Fair that calls you to a life of ease and comfort and invest yourself to the hilt in the Kingdom. . . it is the only thing that really matters (Matthew 6:33).

Buddy Buie said…
We deep within an age of questions...questions about our parents...questions about our past...questions about the questions we ask...it seems a never-ending process of personal low self-esteem...a generation of apostolic pentecostals are carefully agonizing over their own heritage...a heritage of truth, Spirit and power...question #1: Is what we have been taught, experienced and felt - real? Are absolutes absolute? Can we leave behind misguided doctrine...Can we lay aside biblical truths only because they are inconvenient and we are intimidated by them...

These questions can be translated easily...these individuals are afraid of their own spiritual rearing...and the fear has turned to embarrassment...and they have become quite ashamed of the tenets of apostolic doctrine...in other words, "I am ashamed of the gospel of Christ...because I can't adequately explain it to others or disbelievers... I am at a loss as to how to do what I want to do, in light of His Truth...so I must ask, often, silly questions about long-established doctrine, based on sound, solid biblical reference and teaching...being ashamed of your heritage is an uncomfortable place to be...you can't retreat to your firm foundation because that base is difficult to deal with in the light of post moderism philosophy...it's uncomfortable because it's difficult to go forward without some thin premise of doctrine...as fragile as it might be...

Anonymous said…
This was a good blog. Thanks and it's always refreshing to read your writings.
2:22 PM

BLOGDE said…
This comment has been removed by a blog administrator.
8:48 PM