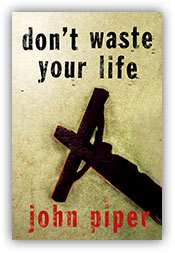 Then there is that grand category of writers who write to change. Charles Dickens' novels is such a writer who writes to change. His stories do much more than just tell a story. They get into the mind of the characters and they play into the plot. The reader is much more than just a spectator of the story. He has the ability, through the story, to feel the weight of choices and the dilemmas that each character has to struggle with. To really get what I am trying to convey, one would probably find it a good exercise to read Oliver Twist and pace the path with Fagan, one of Dicken's most evil characters in all of his books. A. J. Cronin and Lloyd C. Douglas are writers from a bygone era who wrote with such precision that you could almost "feel" every twist in the story. Perhaps a modern writer to compare with the "feel" of the character would be Jeffrey Archer.

John Grisham's earlier books had the ability to make the reader really want to do something more than just yawn and say, "What a great book!" The Last Testament made me want to be a missionary. A Time To Kill made me want to look at racial issues are little more clearly. The Street Lawyer made me want to go volunteer in some soup kitchen somewhere. While I never really followed through with those ideas, at least, I became more aware of these pressing needs that Grisham's world of fiction brought me to.

This book by John Piper, Don't Waste Your Life, is a book that has just continued in the line of books that are forcing an uncomfortable stirring of my own personal nest. I think that books like this are good for our comfortable little lives because it stirs the velvet curtains of our American leisure.

I "accidentally" found John Piper's books about five years ago. The first one that I bought, purely out of curiosity, was a book called A Godward Life which was a collection of devotional thoughts. They were so stirring to me that I just continued to purchase his books along the way.

Don't Waste Your Life did not take long to get off the ground.

The following excerpt is from pp. 45-46: I will tell you what a tragedy is. I will show you how to waste your life. Consider a story from the February 1998 edition of Reader's Digest which tells about a couple who took early retirement in the Northeast five years ago when he was 59 and she was 51. Now they live in Punta Gorda, Florida, where they cruise in their 30 foot trawler, play softball and collect shells." At first, when I read it I thought it might be a joke. A spoof on the American Dream. But it wasn't. Tragically, this was the dream: Come to the end of your life--and let the last great work of your life, before you give an account to your Creator, be this: playing softball and collecting shells. Picture them before Christ at the great day of judgement: "Look Lord. See my shells." That is a tragedy. And people today are spending billions of dollars to persuade you to embrace that tragic dream. Over against that, I put my protest: Don't buy it. Don't waste your life.

He also greatly challenges what we are doing with our minds. He demonstrates very, very well that the average modern American mind has lost it's ability to reason, to meditate, and to really give a logical thought process to the Word of God. The American mind is becoming a desolate wilderness because supposed "success" remedies are cause a great shortcut of the process that it takes to mentally grow. The American mind has become a spectator that is being daily rendered numb by the effect of what we are watching!

Some books taper off as they go along (as with a lot of modern Christian books) but Piper gets stronger as he writes. He closes the book down with a very practical and probing survey of where and what we are spending our lives on. He uses some excellent illustrations from World War ll by making comparisons of the way that the young generation of that time versus the thinking of this current generation.

This book is worth the time and energy you will be required to spend with it.