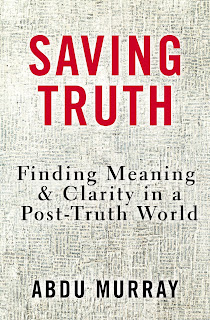 In this last post on the matter of “fake news” and its comparison to “fake theology” (Part 1, Part 2), I would like for us to consider what impact that “fake theology” ultimately has on a church.  When Murray takes an interlude in one of his chapters about truth, he wrote that truth has a tendency to create trouble.  The trouble the comes with biblical truth is that it demands something of every person—a demand to yield desires and their desired identity to what God is calling for.  In fact, John captured the words of Jesus when he said, “everyone who is of the truth listens to my voice” (John 18:37).  “Fake theology” will never make such a vigilant, sobering call because it CAN’T!!!!  “Fake theology” is literally the opposite of what God has spoken and even demanded of this fallen world of mankind.  The curse of sin is death and yet “fake theology” wouldn’t dare to tell anyone that even if they were to ask the question as to what the penalty of death really was.  “Fake theology” leaves a lot of casualties and spiritual fatalities in its wake.  What I have been keenly aware of is the fact that for the most part, the results of “fake theology” flies under the radar for several years before its effects are seen in the veering away from biblical truth and standards that have been forsaken.  The Emerging Church (Part 2) seems so far removed from us at this point and some may not even remember the foothold it gained in a group of pastors not too much younger than I am more than a decade ago.  I had some acquaintances who bought into it completely and their lives and ministries are either entirely shipwrecked or they have become enemies of the cross as Paul described them.  But the real problem is the “fake theology” that the EC managed to weave into the church that has now become very dominant in the thoughts of far too many Millennials.  The all-inclusiveness they were pushing in areas of doctrine, questioning the authority/inerrancy of Scripture, “lifestyle” differences, and social action has created so much chaos in the minds of people that biblical truth bounces off of their hardened hearts as they cry out for their particular social or political cause. 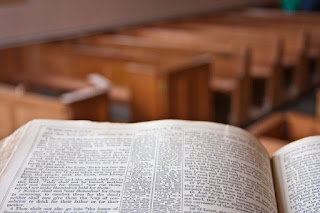 I would briefly mention some simple ways for “fake theology” to be overcome in the local church.  The first matter that has to be established is the clarity of the gospel message.  No matter what segment of the world that people come from, they must be born again (John 3:3-5; Acts 2:38).  This message will have to be repeated over and over again just as the apostles in the 1st century did.  There aren’t any alternatives!  Therefore, for those who are building kingdoms on the sand, I warn you there is a storm coming and you will not survive it without the right foundation.  We have to get the gospel right and know that a sinner’s prayer is not sufficient, creeds and councils that arose after the 1st century aren’t sufficient, association with the church will not cut it, and moralism will not regenerate a sinner either.  So, getting the gospel right is a great priority.  For those who do have the gospel message right, you may be required to put up some blinders and ignore the folly that is passing for the “authentic” in some circles of the country.  One of the disclaimers that is being said by some touting another gospel is that the “elders” taught this particular brand of theology.  Friends, you have to get to the place that your theology is Word-driven and not some paternalistic philosophy that has a very weak hermeneutic of hopeful wishes about the final place of some dead historical figure who basically is saved by their own moralistic ventures.

Another matter to overcome “fake theology” is to trust in the plan that God has for building his church and not falling for some pragmatic get-growth-quick scheme.  Man’s solutions for church growth builds moralistic social gatherings and spiritual country clubs that would rival the hometown Kiwanis or the Lion’s Club instead of a vibrant spiritual congregation that honors God and holds His Word as a high priority.  Such programs can easily become seedbeds for false teachers to thrive in and for apostolic truth and lifestyle to be destroyed in.  I cannot reiterate to you that our greatest authority is not the emotional babblings of a “prophet” but rather the focused adherence to the Acts 2:42 plan that the early church followed.  I can remember something one of my elders told me more than a decade ago, Brother John Harrell said, “It’s going to take you your entire life to build that church in Dothan.”  Settle in for the long haul and preach your way through the Bible, pray for your church, and see converts and disciples made for the kingdom.  You probably won’t get any accolades for the slow Crock-pot growth plan but you will build a solid apostolic church. 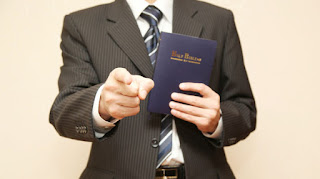 “Fake theology” will be overcome when men of God unswervingly speak the truth, teach the church how to be discerning, and have a commitment to sanctification (personal holiness) in their own lives as well as modeling it for the church.  Commit to playing the long game and not the spasmodic schizophrenia of this program or that plan or this preacher/evangelist/teacher jumpstarting the local church.  This will mean that you have to know who you are working for—Jesus Christ, who is the head of the church.  We are looking through the glass darkly, the foggy mirror, and we don’t know all the details of God’s plan and how He is working through us but we do need to have confidence that ultimately all will turn out exactly as He intended.  So be faithful even if it seems slow.

“Fake theology” will find little traction if those who are called to the ministry will figure out what they are supposed to do.  Be careful that you not forget Paul’s instruction about what defined the kingdom of God in Romans 14:17. This is a huge dilemma for those of us who are in America heavily influenced by our materialistic society.  Paul was clear that the kingdom was righteousness, joy, and peace in the Holy Spirit not meat and drink.  The Roman society which uniquely still has an effect on our Western thought patterns believed that only what you could get your hands on really mattered.  Paul spoke otherwise to the pressured, persecuted Christians in Rome by reminding them that there was a day on the horizon when all the materialistic will pass away and our eternal souls will be free from this dark world.  The American ministry has turned its eyes too much toward money, square footage, gadgets, clothes, and a host of other trinkets as ministry success.  That kind of mentality breeds “fake theology” because it forces us to have to compromise certainties of Scripture to pay for a lifestyle that loves to pamper itself or to keep the doors open for a facility.  Too many have the thought in the back of their mind as to what might happen if they visit the hard truths of the Word from a pulpit on the weekend or from a lectern during the mid-week service.  If you are willing to keep the thought in mind that there will be a day when you will have to give an account for your ministry, those things have a way of disappearing in the rear-view mirror.  Stay faithful will the proclamation of the true gospel!