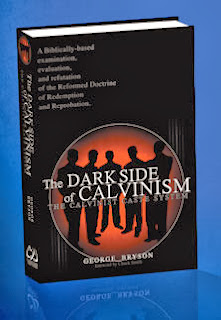 I am continuing with the best books that I read in 2013.  This book comes in at number nine but before I get into this book review, I have to tell you where I found it.  The Tuesday after Labor Day, I flew to Portland, Oregon to preach for Pastor Ron Bohde.  I have certainly come to realize that Pastor Bohde, his family, and his church contributed far more to me than I did for them.  The trip will fall into one of the lifetime memory categories.  Whether you are aware of it or not, there is a bookstore in Portland that is the biggest used bookstore in the United States.  It is called Powell’s Used Books and takes up an entire city block in the downtown area.  It has four floors along with a basement and it is an absolute paradise for anyone who even remotely loves books.  Pastor Bohde was kind enough to leave me there for almost seven hours and it was a great event for me!

I would think that most of those who are involved in ministry especially that of preaching would almost certainly have to be aware of the strong influence that John Calvin and his deadly doctrine has come into play in our generation.  This has been very much influenced by the seminaries of various faiths in the evangelical world.  Some have dropped their denominational boundaries and are falling under the “reformed” tent and have really made great inroads into the younger men who are graduating from their seminaries.

You will find this book to have a number of bad reviews on Amazon and other places scattered around the internet.  If John Calvin’s machine destroyed Michael Servetus in the 16th century don’t think that any who oppose his doctrine in the 21st century will fare any better.  The only difference is that reputations of opposing authors are besmirched and any dissenting voice who questions is mocked as a uneducated and uninformed.

If you are not familiar with Calvinism, here are some of the points in summary:


Bryson goes through the five points of Calvinism which sometimes can be described as TULIP and then refutes them.  There is also a good bibliography in the back that is helpful if you want to look further.  I have benefited from this volume and have used it as a reference work for two Adult Sunday school lessons that I taught this year.  I also need to add that this book is not a book that you will breeze right while you are at your favorite coffee-house.  This book will require some mental and spiritual steam to grasp what is being written.  All-in-all this book will certainly work to shed light on both sides of the issue.  Bryson also deals with the views of Arminius which also is helpful.

Free PDF of this book is available.
Thanks for reading. . .