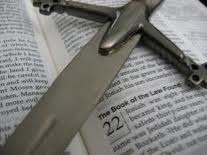 After starting this series on spiritual warfare yesterday, I want to continue with some more thoughts about it.  I will do my best to stop writing before you get tired of reading.  I do know that I have a tendency to over-do it sometimes and you as the reader should not be penalized for that.  I trust that you will get something worth-while out of this post today also.

To reiterate, we are in a spiritual battle and our attendance in it is not by choice.  It will continue as long as we remain faithful to our calling and active in our walk for the Lord.  While the series may seem a bit random as they are written, I would say that these are some of my own observations on the matter of spiritual warfare that has been years in the making.  The seeming arbitrary nature of this series is due to the fact that I am using my Moleskin notebook where over the last two months I have jotted down random things about spiritual warfare as they came to me.  The challenge now becomes how to take the scribblings and turn them into something profitable.

At some point in the series, I will get to what I believe to be the biggest battlefield which is our mind.  The mind is the place the devil will attempt to assault the most.  In fact, I would propose that from Genesis 3 when the serpent entered the Garden, he attacked Eve in two primary places on this mental battleground.  The first was questioning the Word of God as he wanted her to doubt what God had said.  Much of the same tactics are involved today when there is a denigration of the Word and a seeming lack of belief of its authority.  Secondly, I believe he attacked her mind by using his outrageous lies, he promised far more than he could deliver.  The nature of evil is that it will always be a pattern of diminishing return.  One of the best illustrations of this is found in the writings of the prophet Haggai:

Haggai 1:5-6 KJV  Now therefore thus saith the LORD of hosts; Consider your ways.  [6]  Ye have sown much, and bring in little; ye eat, but ye have not enough; ye drink, but ye are not filled with drink; ye clothe you, but there is none warm; and he that earneth wages earneth wages to put it into a bag with holes.
The spiritual battle is a very wearying and tiresome undertaking.  The devil would desire that all men to simply give up and quit and throw in the towel.  This battle can come to a point where we are literally overwhelmed by a prevailing sense of doubt.  The devil wants us to doubt the veracity of the Word of God and the reality of the Christian life.  God has assured us of complete victory but this only takes place when we get serious about it.  Our mind contains the housing of our thoughts and attitudes of which the devil seeks to attack.  It is up to the servant to have a clear mind and a clean conscience.

Paul was clear as to where the battle came from.  In Ephesians 6:11-16 he notes the wiles of the devil, the principalities, powers, rulers of darkness in this world, the spiritual wickedness in high places, the evil day, and the fiery darts that assail our faith.  The battle is literally coming from a place where you cannot see it. 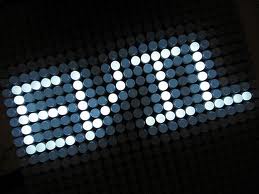 In this spiritual battle, I have also come to understand that there are specific struggles that every person has to contend with.  It is as if there is an Achilles heel that every person has to acknowledge in their life and generally they are unique to us.  I have also come to believe that some of these things that prevail against us were introduced to us when we were children as our overall perceptions were being developed.  The enemy wants us to believe that there is no way to overcome it.  In dealing with people, I have also come to the conclusion that they may feel as if they cannot shake the conflict and be victorious over a particular besetting sin or debilitating habit.  This is where the emphasis has to be placed on Romans 6-8 and the continual renewing of the Holy Ghost (Jude 20-22).

Consider this list of some of these fiery darts the devil will fling at us in hopes that at least something will stick:

Some might say that this listing is merely an expression or outgrowth of the works of the flesh from Galatians 5.  My response would be that this is the exact path the devil chooses to attack and attempt to hinder every single person who is serving God. He attacks the mind and then what is in the mind can be worked out in the flesh.  Therefore it is clear that when Paul speaks of putting of the old man and putting on the new man in Ephesians 4 and Colossians 3, that these simple steps of action can actually assist us in our spiritual battle.

For those in ministry, there are specific attacks that come with our calling: 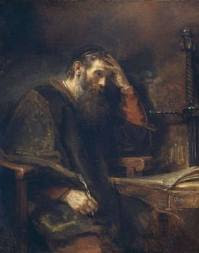 Again this list is not exhaustive and came from looking at the Pastoral Epistles (1, 2 Timothy, Titus) from the angle of looking at the spiritual warfare that Paul had to contend with.  Chances are that if you as a minister have contended with any of these “feelings,” you very well could have been under a withering spiritual attack.  I would encourage you to do what I did with the PE’s and see if you can find some devices of the devil that you might have been ignorant of (2 Cor. 2:11).

Lastly, I leave you with three facts about spiritual warfare: