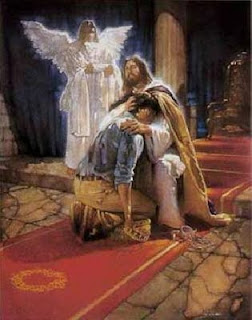 For the most part, I feel that many in the American church are very unaware of the international persecution that some in the global church have to endure. Recently while working on a set of sermon notes, I paged through Foxe’s Book of Martyrs and once again felt the deep-seated conviction that most of the American church probably would not be able to endure physical challenges to their faith. In fact, I even questioned whether or not I would stand in the face of persecution and even martyrdom for what I believed to be true. Perhaps many are choking on God’s blessings at the expense of our soul. Blessings and prosperity have a way of dulling one’s spiritual senses. Why do we really need God when we have a surplus of wealth and health? Why should we depend on God when we have become self-made men by following the advice of the best life now routine?

I have been accused by some of my “preaching buddies” of always reading heavy or even dark books and they are probably right! Of course Scripture has been the main fair of my efforts because I want the Book to master me and it will not happen unless I spend time with it. But in addition to Scripture I have been fortunate enough to have for years devoted much reading to Tozer, Ravenhill, Chambers (among others), and a host of the Puritans. The Puritans have had to endure an incredible amount of undue criticism by those of more carnal “spiritual” appetites because they confront the way that men live. Spend a little time with Boston, Brooks, Watson (my personal favorite), Edwards, and such like and you will suddenly find much encouragement in the areas of personal holiness, dedication to prayer and the Scriptures. All of these working in tandem have had the ability to create a formidable team of voices that continue to remain productive. Piper’s Don’t Waste Your Life (which has a free download) was another clarion call to me to simply do that not waste my life. 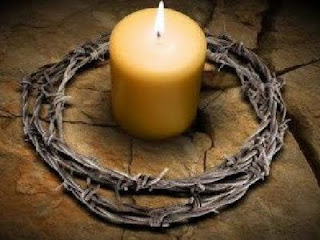 This matter of the persecuted church has again taken front and center in my life due to a book that was recently recommended to me to read. It is written by Randy Alcorn and is entitled Safely Home and recounts the persecution of the Christians in China. It was so troubling to me when I read in the opening chapter of the account of the saints on their way to church in the middle of the night and having to ride bicycles at that.

They meet at night in “house-churches” so that they will not be caught by the government officials. They were ever so careful with their Bibles and wrapped them in a waterproof covering. When they got to their place of worship, the prayer was reverent, the singing was heart-felt, and the response to the Word was majestic. What troubled me so much was that this coming up Sunday, there will be people (saints?) who will lay out of church for every conceivable and weak reason. They have not had any real interaction with the Word or with God all week long. They have Bibles that are not valued, prayer is basically non-existent, and their experience with worship borders on an emotional attachment to entertainment.

Just a few questions for you:

1. How many Bibles do you have and how long has it been since you treasured them in such a way as those in the persecuted church?

2. What was your reaction to the call for prayer on an “off-night” at the Church? Was it one of expectation or were you upset that your schedule was going to be disrupted?

3. Take a look at the last ten years of your tax returns and see how much money you have given to spread the Gospel and support the church? Now compare that amount with how much you spent on other things? (Going to an Alabama or Auburn football game is going to cost right at $400 +/- for the trip. Going on a weekend shopping spree in Atlanta or Birmingham has the potential to cost even more.) For you Dothan folks who are reading this blog, 65 foreign missionaries are depending on your commitment to God to keep them in the fray all over the world. . . we cannot let them or God down. . . we must stay on the firing line!

4. How much time have you spent this week with God-saturated people compared to those who were dead spiritually? Analyze the voices you listened to this week. Was it the frivolity of Facebook, the incessant voices of talk radio (political and/or sports focused), or was your MP3 player loaded to the gills with good spiritual voices?

When you have to answer those sorts of questions, it immediately sheds a lot of light on how much devotion you have to God. If faith has any value whatsoever, there will be an equal amount dedication that will be manifested in “works.” If you don’t believe me, go and read the Acts of the Apostles and then Romans 6-8 and then James 2:14-26. 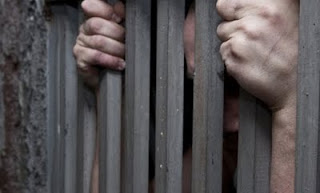 I trust that you are feeling some heat right now as you read this, because I have felt high heat. . . as in the gentle but very convicting voice of the Spirit with every page I have turned in Safely Home. Almost fearfully, I did not want to even consider the thought that I could not endure the challenges of persecution faced by these Chinese Christians. Would I have been one of those who gave up because of the threat of personal pain? Is there even enough devotion and commitment in my heart to withstand such pressure? Or do I only live in the blessing trap that when God is filling His role as Santa Claus I can serve Him and when He does not live up to my expectations I am ready to give up? What an indictment against me. . . perhaps that same indictment is against you also. . .

C. S. Lewis—You never know how much you really believe anything until its truth or falsehood becomes a matter of life and death to you.

The book is dedicated to Graham Staines and his two sons, Philip (age ten) and Timothy (age six) who at half-past midnight on January 23, 1999 were burned to death by a mob in India for their beliefs. The reports are that Graham, in the midst of the fire, huddled his two young sons up close to him, as they were burning to death.

I can only pray that God brings this blog to your mind next Sunday night when you leave church and pile into Appleby’s or Ruby Tuesday’s or Burger King or wherever and bite into the chicken fingers or the burger. . . .


I trust that you will read this in the spirit in which I have written it. . . suffice it to say that although fictional Safely Home has moved me toward a deeper commitment to God. . . for that I am thankful!

WarriorForGod said…
Wow this left me speachless at first but yet these truthes need to be heard.Espacilly when it comes to whorship and prase being taken away. Many will not relazie how praciouse it is untill it is being take away, by then it may be to late. Yes we all need to support the missonarys, stop wasteing money on things we really don't need. I know I'm not alone on this. I feel that world is comeing to an end very soon, the Lord is comeing swiftly and quickly. It's been comeing more clearly to me in the past years are so. Espacially considering the state of things today. We must all seek, abide in the Lord now like never before!!
4:09 PM

Unknown said…
You ask though provoking & convicting questions. Thanks for the blog!
God Bless,
foxinwv
8:38 AM

Anonymous said…
If this does not move you your spirit is cold. Thanks for this article and video. It makes my struggles feel so much smaller considering what they went through.
God Bless!
6:37 AM