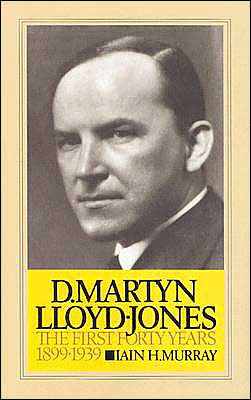 It has been quite some time since I have spent a blog on a book recommendation. However, with Christmas right around the corner, this might be a good time for me to recommend some for you. While I take a brief break from the expository preaching genre, let me introduce to you a man who was an expositor.

When I was in Bible college, our textbook for homiletics was written by D ML-J. The book is actually a set of lectures that he delivered to a group of aspiring preachers on different aspects of the preaching act. This was the first book by D ML-J that I read. During that time, E. E. Jolley, continued to encourage me to buy everything that D ML-J had written. All of his books were actually nothing more than his sermons that had been transcribed from tapes by his daughter. Admittedly, in my early days of preaching, D ML-J’s stuff was “heavy” for me because I was always looking for the quick fix. However, as time progressed on, I saw the value of his material greatly increase.

Several months ago, I found a couple of online interviews from his daughter and son-in-law that Mark Dever had done. I listened to them in the late spring and early summer while I was riding my bike through some of the old rural roads that I ramble down. The interviews were pretty interesting and what I did not know was that D ML-J had followed G. Campbell Morgan in the Westminster Chapel in London at the outbreak of WW-II. I have had G. Campbell Morgan’s sermon notes for many years and have found them to be also good places of inspiration. D ML-J’s daughter spoke very highly of Campbell Morgan and it was particularly intriguing to me how the transition took place. Realizing his age was limiting him, Campbell Morgan began to allow his assistant to preach exclusively on Sunday nights. This is what gave rise to D ML-J’s lengthy series through books of the Bible. 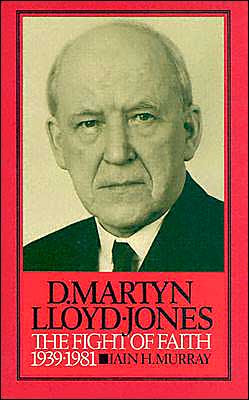 The two interviews that I listened to put me on track to a couple more featuring Iain Murray. I had read Murray’s biography of Jonathon Edwards back in the late 80’s and found it to be a good one. So when I found out the Murray had been mentored by D ML-J and that they had worked together for a conference on the Puritans, I decided to buy the two-volume set on D ML-J.

The first book, D. Martyn Lloyd-Jones—The First Forty Years, 1899-1939 was very historical as it told of the childhood and young adulthood of D ML-J. D ML-J was actually a physician who left his practice to preach and pastor a church. His colleagues, some of the tops in London in their day, were devastated and did their best to talk him out of leaving a life devoted to medicine. They recognized a very gifted and able mind in D ML-J and certainly felt that it would be a loss to the medical profession for him to leave. However, this did not deter D ML-J. He turned his back on success and a potentially lucrative salary to go to a pulpit.

The bio recounts how that he met some resistance in his early pastorates because he gave much time to study and to preaching. Although he did make rounds to visit the sick and shut-in, his involvement in ministry was not a social activity but a matter of getting the Word of God into the hearts and heads of his congregants. Having read many of the writings of Ravenhill and Tozer, I must tell you that where Ravenhill and Tozer motivated me toward revival and prayer, this biography motivated me highly in the area of preaching.

The second volume is, D. Martyn Lloyd-Jones—The Fight of Faith, 1939-1981 is keyed into the war years and his travels throughout Europe in the 1950’s. Again, there is much encouragement toward preaching and diligent study that you will read about. What is somewhat amazing to me is that he built a church entirely on preaching. He did a Friday night “lecture” series on different aspects of Scripture and then on Sunday AM and Sunday PM, he would work through two different books of the Bible. I found much, much inspiration in this.

He did not have a staff. His secretary was his wife and she was very protective of his mornings and answered the phone in their small little home and planned out his afternoons. She bought into the concept that his preaching was the most important thing that he did and it took much preparation to be able to expound the Word as he did.

This two volume set is very lengthy. The first volume is around 325 pages and the second volume is over 800. To me the prices of the books are worth the appendices and bibliographies that accompany them. They are both heavily foot-noted which makes their value go up even more to me. Also, understand that because I am recommending them does not mean that I endorse his theology as a whole. I merely think that the aspect of this biography will be beneficial to you in understanding the most important thing a pastor does—preach.

This biography will be challenging for those times you are dragging and it will fire you higher when you are hitting on all eight!

I am shocked to see someone among us recommend this bio. I can hardly believe that anyone else out there would enjoy a 1000+ page biographical tome about a single Welsh, Calvinistic Methodist pastor in Wales and England. I love this bio and I've read the first volume twice and the whole thing once. It was one of the most enjoyable reads. I'm sort of a weird duck but I love good bios and this is one of the top 4-5 bios of preachers available. I agree with you. Highly recommended!

And as you've recommended several times, MLJ's book on Preaching and Preachers is very good as well. Btw, that book is available in the original tape format of the actual lectures by MLJ given in person at Westminster Theological Seminary in the 1960's. I have the set. Very interesting though the book is pretty much verbatim the lectures.

I appreciate the good work you are doing over here at barnabasblog!
10:20 PM