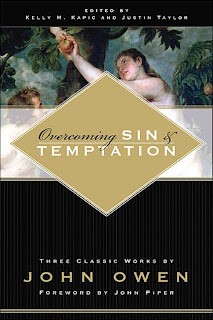 If you are regular reader of this blog and particularly of the book lists that I have suggested in the past, you have noted my occasional mention of the Puritans. The Puritan which has probably challenged me the most and directed my thoughts perhaps more than any other would be Thomas Watson. I have steadily purchased a number of his books in the last few years and have been profoundly impacted toward his writings about sin and his encouragement to pursue after holiness. Their writings on prayer are also quite unrivalled in our modern generation of books on prayer that has turned God into some sort of cosmic Santa Claus. Furthermore, if there are any leanings toward the writings of the Submerging Church) leaders, then you have two choices: A. Don’t read the Puritans, or B. Be prepared to have all of their “theology” quickly and rapidly sent to the “deep-six.”

Certainly there are some disclaimers with reading the Puritans. First, you will find there is much to labor through in their writings and thoughts. This is not a bad thing as we have almost forgotten how to think critically in our generation, especially concerning eternal matters. You will not simply decide to sit down and read through their books like you might do with a John Grisham novel or a Dick Francis mystery. Secondly, you will find that much, much Scripture is used and the more familiar you are with Scripture, the more value the Puritan writings will have. Thirdly, it would be very wise to read the Puritans with an open note-book nearby to jot down thoughts that come to mind as you read through them.

To help you out, I am recommending that you go to a blog maintained by Tim Challies. I venture by this blog almost everyday and have found some very good things written in the past couple of years. In fact, Challies is so disciplined that he has blogged every day now for over 1450 days (4 years or so). I admire his discipline and also because his material is not light-weight. A few months ago, he began a series of reading through the classics of good Christian material. He started with J. C. Ryle’s classic, “Holiness,” to which one blog a week was devoted to some good discussion of a chapter in the book.

He is about to begin the second installment and I have intentions of joining in the exercise and perhaps learn a little and maybe even contribute a little to his blog discussion. The book that they are reading is written by John Owen entitled “Overcoming Sin and Temptation.” It has been edited by Kelly M. Kapic and Justin Taylor for a much easier readability. You can either purchase the book or even better you can download the 400+ page book free, which is what I have done.

In “Mortification of Sin in Believers,” Owen offers the following thoughts on killing the old man or the body of sin:

(1) consider whether the sin you are contending with has any dangerous symptoms attending it;

(2) get a clear and abiding sense upon your mind and conscience of the guilt, danger, and evil of that sin;

(3) load your conscience with the guilt of it;

(4) get a constant longing for deliverance from the power of it;

(5) consider whether the sin is rooted in your nature and exacerbated by your temperament;

(6) consider what occasions and advantages your sin has taken to exert and put forth itself, and watch against them all;

(7) rise mightily against the first actings and conceptions of your sin;

(8) meditate in such a way that you are filled at all times with self-abasement and thoughts of your own vileness;

(This is not typical Joel Osteen stuff, especially number 8.)

So you have some free resources to load up your mind and spirit before you get into the holidays. The only thing it will cost is the time necessary to read the book.