I have one more cool wife! On Friday night, March 23, 2007 my wife is giving me a late Christmas gift. I am going to to my first ever Michael Card concert. I have wanted to see Michael Card for several years now but he is always way too far north or west for me to be able to attend. 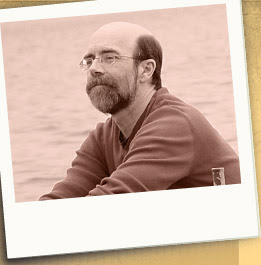 Last November I went to his website and started looking through the locations of his concerts and found out that he will be in this Friday. I told Teresa about it and she checked her calendar (she is incredibly organized) and discovered that our kids were out on Spring Break during this time. So with that we started making plans to attend.

I will never forget the first time (1997 or so) that I heard Michael Card. I was in the CT department at and it was in its usual mode of extremely busy. I leaned up against a counter as we were waiting for a patient’s scan to be completed. Directly behind me in a cabinet was a “boom” box and a Michael Card CD was playing. In the two minutes or less that I heard of his music, it hooked me.

The CD that was playing was “Unveiled Hope.” That very day that I left work I went and purchased the CD. The music of Michael Card has a great impact on my own life and has also affected some of my preaching. His music is so Scripture-driven and he is a thinker who puts so much into the wording of the music that he writes. In addition to the power that he has with words, he is incredibly talented musically. He can play a massive array of instruments from a piano ranging to a hammered dulcimer and a whole lot of other instruments that fall in between.

The way that his music has affected my preaching is that when I listen to his music there is a meditation factor with Scripture that comes into play. One particular song (which I will review the CD in another blog post) is entitled “The Job Suite.” It is seventeen minutes long and literally works through the entire book of Job with this song. If you are familiar with Scripture you recognize phrase after phrase that flows out of his music. That is where his music plays into the preaching. I have had literally hundreds of sermon thoughts (honestly) while I have listened to his music. I have preached “Gomer’s Song” from his music about Hosea and Gomer. I have preached “The Basin and the Towel” that I gained inspiration from his song by the same title. I have also written several Barnabas Letters that were inspired b 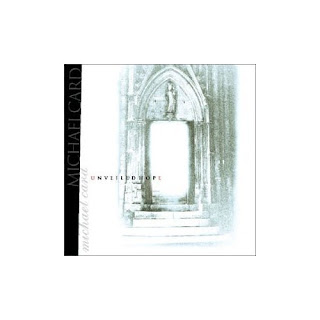 y some of his music also.

After purchasing “Unveiled Hope” I have scoured numerous Christian bookstores all over the country trying to complete my collection of his music. To this point, I have pretty much obtained all of it except for some of the early stuff.

Sometime after getting “Unveiled Hope” the internet took off and I started reading about Card’s music in various places. I discovered what made his music so incredible! He will take a book in the Bible and study it intensely for several months and then will write a series of songs on that particular book. That is what made “Unveiled Hope” so powerful.

He took the book of Revelation and wrote 10 songs and three instrumentals from the inspiration that he gained from his study. He opens “Unveiled Hope” with a Prelude, includes an Interlude in the middle, and ends it with a Reprise. In between those musical scores (which are very good), he writes 10 songs. I challenge you to find any musical artist who has music that is so Biblically driven in this generation! 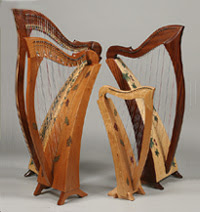 The second song “The Unveiling” comes from 1:1. He keys into that single moment when Jesus Christ is suddenly revealed in all of His Majesty. Michael wrote in the CD insert beginning the song these words: “It is that split second that John wants us to savor. The moment when the Bible says Jesus will be ‘marveled at by those who believe.’ The moment when all we ever hoped for will be unveiled and we shall see Him at last.” The song itself is loaded with imagery of Jesus Christ and the power with which He will enter the ‘unveiling’ as the Alpha and Omega. Michael plays a Celtic Harp. The London Session Orchestra accompanies them.

“To the Overcomers” draws its wording from 2:3 and all the other references to the seven churches where the Lord promises that those who overcome will be given certain rewards because they overcame.

“You Are Worthy” is written from a collection of references (4:11; 5:9; 5:12-13). This song is huge with Michael’s ability to put to use incredible irony in what John is seeing. He sings (note the paradox): “Then a voice said, ‘See the Lion of the Tribe of Judah’ So I looked to the Lion and saw a Lamb that was slain.” This song is loaded with Bible! In the back ground is what sounds like an old church organ that adds a lot of “umph” to the song. He also has a choir that backs him up which even puts it more into that “Pentecostal” feel that I have grown up with! Fantastic song!

The next song, “Salvation” comes from 7:10, 12, 15-17. Michael writes in the insert as a leading up to the song these words: “In the Apocalypse, the unveiling of Jesus, the Fall is undone. The dividing of the nations that happened as a result of the confusion of tongues at Babel is reversed and all at once people from every tribe, nation, people and tongue are praising the Lord together (a process that began when the outpoured Spirit reunified our speech at Pentecost).” 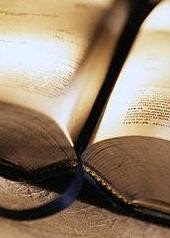 Michael Card’s talent with an acoustic guitar. The dragon is defeated by the Word and the Blood of the Lamb. The two very things that destroy the devil (Word and Blood of the Lamb) are progressively being removed from modern churches in . We need an old fashioned renewal of the Word of God in our pulpits. Furthermore, we who preach the Word desperately need to return to the preaching of the Cross. Numerous references are made among the Epistles of Paul about the Cross and its power. If it worked in the 1st Century, I believe it will work in the 21st Century!

Following is a song that again demonstrates more of Card’s ability with musical instruments. He plays again the Celtic harp on “The Song of the Lamb” (15:3). It has a huge array of what is referred to in the sermons of the Puritans as “word pictures.” He uses: A sea on fire, Angels with Bowls in their hands, Smoke and Glory, Slain saints and prophets, and Just and True.

The next song is a song of exultation over the stronghold of the enemy. It is somewhat of a continuation a previous song, “The Dragon.” In that song the focus is on the devil finally being overcome. “The City of ” is a song that tells of the destruction of the city of the system and city of the devil. It comes from the entire chapter of Revelation 18. This song will make you want to get out of your chair. . .

The first stanza of this song is powerful: Come out of her, my people, And never go back again, For all her vulgar vanities, Have been heaped up as high as heaven.

There is coming a day for those who are faithful that we will see the devil and his city entirely destroyed! We must remain faithful and steady in our calling and in our quest for Jesus Christ!

“The New Jerusalem” from Revelation 21 is preceded by “Hallelujah” (Revelation 19). If you purchase and listen to this CD, you will notice a sequential progression of Michael literally singing through the book of Revelation.

The insert has this prior to the song “The New Jerusalem”: If Babylon is the wicked harlot of a city, is the spotless bride. If is heading toward sudden eternal destruction, is proceeding to the final everlasting wedding. The place called “The City of Peace,” which has for the last several thousand years been anything but peaceful, will at last live up to her name.

As for his other projects, Michael Card has worked on Hebrews (Soul Anchor), Mark (Scandalon), the character of Peter (A Fragile Stone), and a number of others that I will get to later in my blogging.

I intend on giving a good description of the concert on Friday night also.