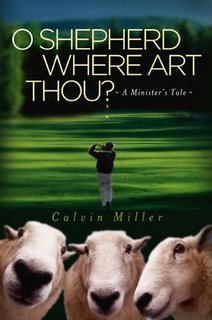 Periodically, I pick up books and read them simply for the “agitation” factor that I find in them. You ask, “What is the “agitation” factor?” The agitation factor comes into play when you purchase a book that you know is right, correct, and on the mark but the precepts are going to burn you.

Generally, when you read a book that has a high “agitation” factor in it you have to pick the place you read the book. It is best to read the book either at home when no one is literally home except for you, the reader, or to find some secure place like your study when no one else is in the building. The reason for this is that if they hear you mumbling, angrily shouting, or throwing things then no one is there to witness what might be perceived as borderline insanity. 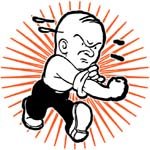 Calvin Miller has written such a book. I should not have bought it much less read it because I knew that I was not going to agree with it. I could tell that from the dust jacket cover and the reviews. It frankly flies right in the face of all of the church growth books, seminars, gimmicks, and shall I say, propaganda of the church growth movement. But my disagreement with it doesn’t make any difference at all, because Mr. Miller is right! I am not a CEO, I am not an organizer, I am not a church growth expert. . . . I am a pastor who loves God, loves his family, loves the Word, loves to preach the Word, and loves the church that I am honored to serve.

Calvin Miller writes the book in such a manner that he hooks you with his story and then nails you to the wall with his published side notes on the opposing page. He writes a story about Sam, who wants to spend more time on the golf course, the pastor of a church that is just that, a church. He has sick folks in the hospital that he doesn’t want to go see. He has members who cannot get along and need some discipleship and shall we dare say a little discipline. But he also has a friend who is a megachurch pastor and the grass at Biff’s joint is much greener.

Biff is described for us: His entrance both inflated and deflated Sam.

There he was: Ralph Lauren slacks, one-hundred-dollar Hush Puppies, a Tommy Bahama shirt, three pounds of mousse on his ruthless hair, and he smelled of Chrome Azarro. No wonder his church was growing. He was a perfect blend of John the Baptist and Versace.

Before some of the quotes, I will add a disclaimer. I did not agree with everything in this little book and I also realize that if a man is the least bit lazy in ministry this book will fit very well. The reason that it will fit well is because Calvin Miller will load your wagon for all sorts of excuses for you to keep doing what you are doing. On the other hand, if you are an ambitious, Katie-bar-the-door-and-jerk-the-stocks-down sort of fellow, this book could very well be exactly what you need. There is a vast difference in building people and in building churches. Build the people and the church will take care of itself. Build a church and the people will stay for a while, but sometime down the line a bigger, better, and sweeter program will leave that “church” an empty shell.

This book is nothing more than a plea for a commitment to the role of pastoral ministry as we come to understand from the Pastoral Epistles.

Here are some quotes:

The world is full of hurt; it needs a pastor.

I just want to encourage you to remember that the world is full of multitudes of dying people who can only be reached one at a time.

I told Calvin Miller he did not know what he was writing about with this quote and then I had to agree with him: Does God intend for every church to get bigger? And is the only way to get bigger to have more members? I always counsel my students to make sure they are making bigger people and not just bigger congregations. There are many pastors serving in areas where the population density is too small and static to support a growing congregation. Are these servants to live under the pall of inferiority just because their churches are not getting bigger? I think not.

I wrote “Ouch!” out in the margin by this quote: Marva Dawn realizes how futile it is to try to trump up a vital self-image by pasting together the best part of those heroes we might wish to worship. It struck me one day in a Christian bookstore that most of the “church growth” books I picked up in that store were not books on vision but on image. They hadn’t been published to help me see the world in a particular way but to help the world see me—were I a megachurch pastor—in a particular way. They were books that enticed the pastor of limited self-image to be like somebody else the world admired. What a cul-de-sac of emotional poverty this is. These books were published to serve the idolatries of megapastor wannabes.

I did agree with Miller here on this one: Robert Schuller was the first pastor I ever heard claim that he had polled his neighborhood to find out what people wanted in a church with the specific intention of giving them just that. But this has become the market-driven ploy of the contemporary beltway church. The church as too infrequently stopped to ask themselves, “Are we called to give them what they want, or is something more involved in the whole idea of ministry?” Would something have been lost if Jeremiah would have determined to give Zedekiah what he wanted in a national prophet? Would God have smiled down on John the Baptist for saying, “I must try to be more of what Herodias would like in a man of God”? When it is all said and done, the reason we should not attempt to give people what they want in a church is that God wants so much more for them than they can imagine wanting for themselves.

There are numerous other quotes that I could bring about but I think that these quotes can give you a pretty good idea about the thesis of this book.

Anonymous said…
Glad to see you back in the saddle. Your fame is spreading. I have had two different people this week comment on your writing and just rave about what you are doing.

Keep up the good work, Barnabas, Be Courageous and Do Exploits!